The Top 6 Nutrients & Botanicals to help boost your Immune System 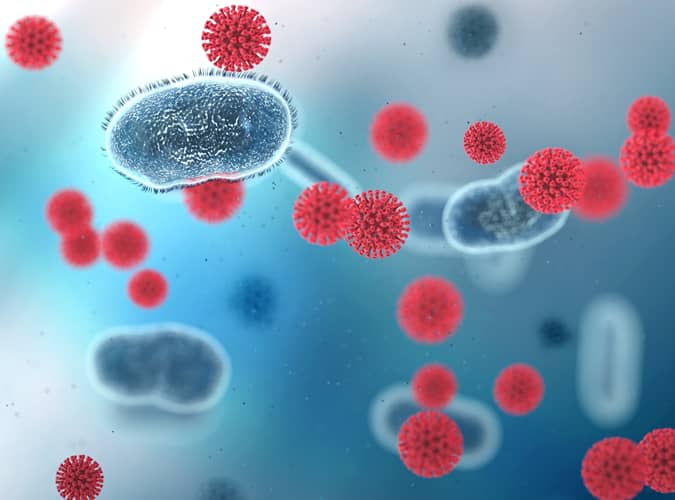 At this time of the year with the colder weather and shorter days it’s important to ensure your immune system is healthy. Several nutrients play an important role in keeping  your immune system in good condition. Here we attempt to outline what we believe to be the best ones to consider if your looking for that added boost!

Beta glucans
Beta glucans are naturally found in small amounts within oats, medicinal mushrooms, rye, wheat and other plant sources. This compound is well known for its role in the modulation of the immune system, mainly stimulating the activity of macrophages.
This stimulation of macrophage activity also results in the increased production of cytokines which modulate an immune response.

Vitamin C
Probably one of the most well known immune supporting nutrients. Vitamin C (also known as Ascorbic Acid) is a water soluble micronutrient, which is found in citrus fruits, broccoli, red pepper, as well as other plant sources.
Vitamin C is believed to be found in high concentration within immune cells and is used up at a faster rate during periods of infections. It therefore is thought to have a role in supporting immune function and also as an antioxidant.

Vitamin D
Vitamin D is a fat soluble vitamin which is produced by the body when exposed to the suns UV rays. The active form of vitamin D is essential for the absorption and utilisation of calcium from our diet.
For a long time Vitamin D deficiency has been linked to an increased chance of infection and has recently become the focus of much immune research. Improved vitamin D status has been linked to inhibition of inflammatory cytokines and may be supportive for autoimmune conditions such as lupus.

Zinc
Zinc is a mineral which can be found naturally within seafood, spinach, meat, nuts and seeds. It has been shown to have an active role in immune function and those who are deficient are considered to be more vulnerable to pathogens.
Zinc has an important role in the development and function of immune cells which are involved in the non-specific (innate) immune response e.g. natural killer cells.

Echinacea Purpurea
Echinacea purpurea (L.) is one of the most important and well-known medicinal plants in the world, belonging to the Asteraceae (Compositae) family. The plant is the most widely cultivated medicinal plant in this species, which has been mainly used in chemo-preventive and chemotherapy for infectious diseases in both upper and lower respiratory systems. The isolated important constituents of the plant consist of Alkamides, caffeic acid derivatives, and polysaccharides. They possess both immunostimulatory and anti-inflammatory characteristics to aid our immune system.

Elderberry Fruit
Elderberry Fruit is one of nature’s most versatile solutions for what ails you according to it’s supporters. There are about 30 types of elder plants and trees found around the world. The European version (also known as Sambucus nigra) is the one most closely tied to your health and healing. Its history dates as far back as 400 BC, and Hippocrates, the “Father of Medicine,” called the elder tree his “medicine chest.”In folk medicine today, the elderberry is widely considered one of the world’s most healing plants.
Sambucol, as it is commonly presented in supplement form has been shown to reduce the duration that viruses take hold in the body. It is thought that the lessen the viruses duration with its ani-viral-properties. It is also thought to have an immune modulating effect which means it can be taken as a preventative measure to boost your immune system.

PubMed – Eur Cytokine Netw
. Apr-Jun 2001;12(2):290-6. ,The effect of Sambucol, a black elderberry-based, natural product, on the production of human cytokines: I. Inflammatory cytokines

Scroll to Top
We use cookies to ensure that we give you the best experience on our website. If you continue to use this site we will assume that you are happy with it.Ok